(Photo by Ben Curtis, AP) Plus an interview with Col. John Whitford of the Connecticut National Guard. He discusses the deployment of US troops to Egypt for reconnaissance and resupply missions. They are based in Egypt and will join guard members from other states. We get Updates on Egypt, Israel and Palestine. John Pike of Global Security dot org talks about the US Military's joint operations with Egypt over the years. We go over the headlines.

TRT: 29:24
Produced by Dori Smith in Storrs, CT
Download at Pacifica's Audioport here or at Radio4all.net and Archive.org

We are seeing media coverage about popular uprisings in Tunisia, Lebanon, Egypt, and Yemen. When it comes to occupied Palestine, though, very little coverage over many years. We discuss headlines about the new protest movement in context with existing efforts in Palestine. And we talk about the meaning of the Wikileaks documents, plus, what the Obama administration should do about Israel and Palestine. 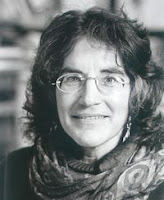 Phyllis Bennis is a Steering Committee member of the US Campaign to End the Israeli Occupation and a fellow at the Institute for Policy Studies as well as the director of the New Internationalism Project. Her most recent books include Understanding the Palestinian Israeli Conflict, and Understanding the US-Iran Crisis. See Palestine Papers at Al Jazeera here.