An interview with the author of the book, Floodlines, Community and Resistance from Katrina to the Jena Six
TRT: 29:25
Produced by Dori Smith
Download at Pacifica’s Audioport here or at Archive.org and Radio4all.net
Music: by Fritz Heede

We’re joined by writer and activist Jordan Flaherty, for a discussion about his book, Floodlines, Community and Resistance from Katrina to the Jena Six. His award winning reporting from the Gulf Coast has appeared in many publications including the New York Times, Mother Jones, and Argentina’s Clarin Newspaper, and he has produced segments for Democracy Now, Al Jazeera, and TeleSur. Published in 2010 by Haymarket Books, Floodlines is about what New Orleans was before Katrina, and what it has become since. It is partly a diary of the storm and partly an offering of stories about individual activists and groups that are still working on behalf of communities at risk.

On page 185 Jordan Flaherty writes about Brad Pitt, a famous actor whose work has actually been making a big difference in the rebuilding of the 9th Ward. That is more the exception than the rule for the high profile individuals and organizations that showed up to help after Katrina. The rich and famous arrived and so did major corporate backing. Work was rerouted away from the communities that had been doing it and handed to new workers, not in the unions. The major aid dollars gravitated toward the less needy rather than the most needy, and relief organizations like the Red Cross took the lead in describing events in post Katrina New Orleans, while many of the most effective organizations failed to receive media coverage or funds.

In Floodlines, Flaherty describes the work of the a wide variety of activists as he gets to the core of what makes New Orleans special, a unique history and diversity that had facilitated a neighbor helps neighbor approach. Sadly, the most needy victims of Hurricane Katrina in New Orleans have yet to receive the kind of aid that donors thought they would. African American home owners have been receiving less compensation for the same type of residences than white home owners. It's all part of a long standing condition of racism, and the impact of Katrina has been to set people back in terms of their age old challenges for equal rights. Five years after Katrina, writes Jordan Flaherty, about one in four residential addresses remained vacant.

The political landscape was also changed dramatically after Katrina, according to Jordan Flaherty. It is more white, more conservative, and less oriented around the community activists who worked hard to increase representation in areas like education, housing, jobs, and other types of resources. Less wealthy or well connected community organizations, unions, and social networks, have in many cases failed to qualify for the funding that should have been theirs.

We discuss some of the common themes for victims of Katrina, the earthquake in Haiti, and the BP oil disaster. The hardest hit survivors, the very people that donors wanted to help with their gifts, are still waiting for aid. In many cases they have not been able to return to New Orleans. At least 100,000 remain internally displaced after the storm. 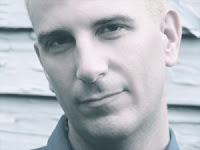 From the Floodlines web page– Jordan Flaherty is a journalist and community organizer based in New Orleans. He was the first journalist with a national audience to write about the Jena Six case, and played an important role in bringing the story to worldwide attention. His post-Katrina writing in ColorLines Magazine shared a journalism award from New America Media for best Katrina-related coverage in the Ethnic press, his reporting has been featured in the New York Times, and audiences around the world have seen the news segments he’s produced for Al-Jazeera, TeleSur, GritTV, and Democracy Now.

Jordan has appeared as a guest on a wide range of television and radio shows, including CNN Morning, Anderson Cooper 360, CNN Headline News, Grit TV,and both local and nationally-syndicated shows on National Public Radio. He has been a regular correspondent or frequent guest on Democracy Now, Radio Nation on Air America, News and Notes, and many other outlets. As a white southerner who speaks honestly about race, Jordan Flaherty has been regularly published in Black progressive forums such as BlackCommentator.org and Black Agenda Report, and is a regular guest on Black radio stations and programs such as Keep Hope Alive With Reverend Jesse Jackson.

Jordan is an editor of Left Turn Magazine, a national publication dedicated to covering social movements. He has written about politics and culture for the Village Voice, New York Press, Labor Notes, Radical Society, and in several anthologies, including the South End Press books Live From Palestine and What Lies Beneath: Katrina, Race and the State of the Nation, the University of Georgia Press book What is a City, and the AK Press book Red State Rebels. more here

The playwrite Eve Ensler called Floodlines the most important one she had read about Katrina, saying quote, “In the tradition of Howard Zinn, this could be called A People’s History of the Storm”.

Naomi Klein says of Floodlines, "These remarkable stories of injustice and resistance must be heard."