Suddenly Israel seems unable to control the debate. Josh Ruebner calls the recent behavior of Israeli leaders, "erratic". Is there a policy shift on the horizon? 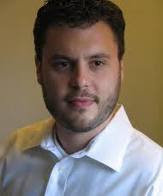 Josh Ruebner, the National Advocacy Director for the US Campaign to End the Israeli Occupation joins us to look at US and Israel policy toward Palestine, a slight opening now in Washington DC after Israel decides to stand down from some of its restrictions of goods and building supplies into Gaza.

US Military Aid to Israel: "It's not just a distant conflict it's one that we're intimately involved with because we provide Israel with every conceivable weapon available that it uses to engage in it's illegal military occupation of the Palestinian territories and the kinds of horrific human rights abuses that were witnessed for example with the Gaza Freedom Flotilla. If you go to one of our web sites which is Aid to Israel.org you'll see that our support for Israel in the form of Military aid comes at a price that we really cannot afford--30 billion dollars in weapons between 2009 and 2018 and if you go onto our web site you can look at your own town, congressional district or state and see how much that geographical unit is providing in tax dollars to Israel and what that money could fund instead in terms of unmet domestic needs that we need to take care of here at home such as affordable housing, green jobs retraining, health care, etc, so we could think of a lot better ways to put our tax dollars to than Israeli occupation and apartheid."

Josh Ruebner's group represents a national coalition of more than 250 organizations working together to change U.S. policy toward Israel and Palestine in recognition of the need for equality, an improvement in human rights and respect for international law.

It's been an interesting week in Washington thus far as Israeli prime minister Benjamin Netanyahu has been in meetings with President Obama, the Turkish Foreign Minister Ahmet Davutoglo has demanded an apology from Israel for the Gaza Freedom Flotilla killings. Israel's Foreign Minister, Avigdor Lieberman, said flat out, "no". Then, a surprising story by Mark Perry about behind the scenes discussions at CENTCOM about a possible opening to reevaluate the wisdom of isolating Hamas and Hezbollah. Perry's source at CENTCOM scoffing at Israel's portrayal of the Palestinian Security Forces as linked to al Qaeda.

Mark Perry reported June 30th that CENTCOM, the US Central Command, has been discussing the previously taboo subject of engaging diplomatically with militant groups like Hizballah in Lebanon and Hamas in Gaza. A "Red Team Report" according to Perry, was issued May 7th, just weeks before Israeli commando forces boarded the Mavi Marmara and other ships in the Flotilla trying to break the Israeli blockade of Gaza. The event in international waters has turned diplomacy on its head between Israel and Turkey. Stay tuned for our upcoming interview with Mark Perry.

CLIPS: Mark Regev, Israel's spokesperson, from BBC.
Hartford WHUS EVENT: Former US Military Col. Ann Wright spoke to an audience in Hartford, Connecticut about the Gaza Freedom Flotilla she was on that was attacked by Israeli Commandos. You can listen to the entire program online at WHUS.org. Wright explained that there were many reporters on board the various flotilla ships, and on the Mavi Marmara, an Al Jazeera reporter reported seeing someone slump over on the top deck as if shot from the Israeli helicopter above prior to the landing on deck of Israeli commandos. She said fifty people were wounded by gunfire, another nine were killed, eight Turkish citizens and one American.

Posted by Talk Nation Radio at 6:08 AM