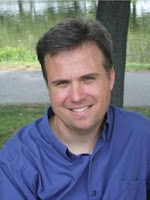 David Swanson on his new book: Coauthored with Ann Wright, Karen Kwiatkowski, Gareth Porter, and 26 other well known authors. David Swanson is a peace activist and October 2011 organizer and author of, "When the World Outlawed War," "War Is A Lie" and "Daybreak: Undoing the Imperial Presidency and Forming a More Perfect Union."

We hear about the ever-growing limitations of U.S. Congress due to defense money being sent to members of the House and Senate, plus other ways that corporate power, and military industry affect our lives, and our representative government. Plus new energy in the OWS movement with dates for general strikes and/or protests. Can Americans take a lesson from Nigerians who went out on general strike to protest a large hike in fuel prices?


TRT: 29:01
Download at Pacifica's Audioport here and at Archive.org
OR Archive.org

We discuss the recent passage by the Charlottesville, Va., City Council of a “Resolution Opposing War on Iran”. And David Swanson’s latest book which is co-authored with the authors below: The Military Industrial Complex at 50, or “MIC50” as its being called.

With a host of well known writers, David Swanson offers new context and relevance to America’s defense corporations. He discusses the overall impact of the arms industry on US and international human and civil rights, US foreign and military policy, military operations in the MidEast and other countries, the impact on the economy of defense spending, and new momentum for an Iran strike.

He and others who wrote MIC50, wanted to deliver the kind of warning that former President Eisenhower offered when he told his audience in 1961: “In the councils of government, we must guard against the acquisition of unwarranted influence, whether sought or unsought, by the military-industrial complex. The potential for the disastrous rise of misplaced power exists and will persist.--We must never let the weight of this combination endanger our liberties or democratic processes. We should take nothing for granted. Only an alert and knowledgeable citizenry can compel the proper meshing of the huge industrial and military machinery of defense with our peaceful methods and goals, so that security and liberty may prosper together.” (Audio clip of this quote within this week's program at 15 sec., from Archive.org library, full speech here. And the photo of the jets is from a page about Sweden ordering more jet aircraft and military equipment, for Afghanistan operations, mentions Israel and USA. 1/17, Daily Defense News.)

Learn more at mic50.org as well as Warisacrime, and davidswanson.org David Swanson also blogs at RootsAction.