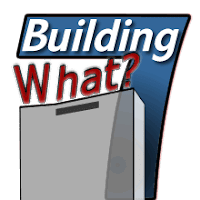 First, engineer John Schwenk interviews architect Richard Gage about an upcoming event at the University of Hartford on March 26th, asking what really happened to Building 7. 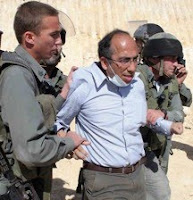 Then Mazin Qumsiyeh answers Dori Smith's question about the US role in Libya. He comments on the hypocrisy of the US role given violence against civilians in other countries where the US is not working to prevent it such as Bahrain.

Professor Mazin Qumsiyeh spoke at the University of Connecticut's COOP Bookstore March 23, 2011 where he read from his new book, Popular Resistance in Palestine, A History of Hope and Empowerment. It was called” remarkable and brilliant” by Nur Masalha. Mazin Qumsiyeh teaches and does research at Bethlehem and Birzeit Universities in occupied Palestine. He serves as chairman of the board of the Palestinian Center for Rapprochement Between People and coordinator of the Popular Committee Against the Wall and Settlements in Beit Sahour. See book promo here at AJE.

The upcoming event at the University of Hartford will feature Bob McIlvaine and Manny Badillo, who lost family members on 9/11; New York University Professor Mark Crispin Miller, Professor Graeme MacQueen, Attorney William Pepper, journalist Leslie Griffin, author Dick Russell, mechanical engineer Tony Szamboti, and Underwriters Laboratories Whistleblower Kevin Ryan, and it runs all day Saturday at the University of Hartford's Millard Auditorium, in Hartford, Connecticut, John Schwenk mentions event in his interview with Richard Gage, to be held on March 26th from 9:30 a.m. to 9:30 p.m. The program will kick off a new Internet and TV awareness campaign calling for a fresh investigation into what happened to Building 7, which was not hit by a plane on 9/11 but came down anyway. Sponsored by WWUH Radio 91.3 FM and BuildingWhat.org