Ignoring the Threats from the Right while Spying on the Peaceful Left, FBI Surveillance 1960s style, David Holthouse, Maureen Murphy

TRT:29:00 (26.6 M)
Produced by, Dori Smith in Storrs, CT
Download at Pacifica’s Audioport here
And at Radio4all.net and Archive.org 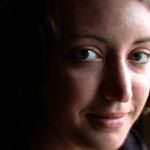 Human rights activists, peace activists and environmentalists, hoped for change under Obama/Biden but the same kind of targeted surveillance campaigns and invasive FBI tactics appear to be surfacing under the present administration that were a problem under the Bush/Cheney administration. They are being mentioned in the same breath as the KKK by the chair of a Congressional Committee on Homeland Security, and the media appears willing to help the government by downplaying the threat from the right and accepting the policy of surveillance against the left without just cause. The tactics date back to the 1960s when anti war activists were subjected to COINTELPRO operations, FBI surveillance and pressure from grand juries. Are progressives, leftists, even moderates, being targeted while dangerous right wing activists are not?

There are events planned for April to protest wars at home and abroad and you can learn more at UNACPEACE.org.

We speak with investigative journalist David Holthouseabout his piece, Lone Wolves: A Recent History of Violent Right-Wing Extremism. It was featured on the Media Matters web page. We speak with him about the piece in the context of Congressional hearings called by Representative King, chair of the Homeland Security Committee in the House. Even as King hearings put pressure on Muslims and others in a broad set of rhetorical charges, there has been a big increase recently of militancy on the right. We look at real versus politically expedient to talk about threats to America.

Then, Maureen Murphy, joins us. She is the managing editor at the news outlet, Electronic Intifada. Maureen Murphy is one of 23 activists in Chicago and Minneapolis to be targeted by the FBI for their Palestine solidarity activism. The original subpoenas were issued in September but when the activists including Maureen Murphy refused to provide any information to the FBI they were called before a grand jury. She discusses the threat to activists posed by the pressure to "talk" about other activists including some who live in countries where they might be at risk of being harmed.

Maureen Murphy also worked with the Palestinian human rights organization Al-Haq in Ramallah until she was unceremoniously deported by Israel in late May 2006. While in the occupied West Bank, Murphy investigated issues relevant to Palestinian culture, and in addition to the Electronic Intifada, her writing has been published by the Daily Star, Palestine Report, and her former stomping ground of F News magazine. She has also spent time living in Lebanon. Murphy graduated from the School of the Art Institute of Chicago with a BA in Visual and Critical Studies in 2004.

Also, we hear clips of House Homeland Security Committee, Rep. Peter King, who groups people together as “threats” and claimed Muslim Americans ought to work more with the FBI to inform on fellow Muslims who might be a threat, activists that have been working against political profiling, racism, and Anti Muslim activities, began to speak out. We hear a short audio montage of King’s original remarks that was aired by NPR and sounds from a group of anti-Muslim protesters outside hearing room who screamed at families as they walked in to testify before Congress.