Craig Holman of Public Citizen joins us to discuss the impact of 3.7 to 4 billion in money to candidates in the 2010 Congressional races. Holman just filed a complaint to the Federal Election Commission and IRA, against Crossroads Grassroots Political Strategies. He explains why they are electioneering, and should be classified as such.

First, Democrat Bill Curry, a long time Democratic pundit, he is frequently on NPR in Connecticut as a political commentator and is a former Gubernatorial candidate. Bill Curry is about to release a book on politics.

Headline News Update on CT Gov Race, D. Dan Malloy wins..as Foley still sees irregularities he says.
Two independent online newspapers, CTNEWSJUNKIE.COM and the NewHavenIndependent.org, got the CT Governor’s race right. AP ‘uncalled’ the race after first saying Foley had won. They had missed a few ballots, now say they have the New Haven count and it’s the Democrat, Dan Malloy, who is the winner. We updated our headline after the wire service “recalled” it’s election result on Wed. Nov. 3nd.

We spoke with AP's Bill Kole who kindly explained the circumstances under which this race was initially called for Foley. In fact, the CT Governor’s race has also been historic in that a judge held the Bridgeport polls open for an extra two hours after 8:00 PM on Election Day due to a lack of ballots provided to voters. There were also long delays in New Haven, according to the New Haven Independent’s Paul Bass. (Speaking to CT NPR)

Underwriting for the program is provided by Jeremy R. Hammond.com, political analysis from outside the standard framework. He is a recipient of the 2010 Project Censored award, and founder of Foreign Policy Journal. His recent stories include a critical analysis of reports of Iran’s aid to Iraqi Militias, plus The Myth of the UN Creation on of Israel”, which has sparked debate over land rights and what the U.N. General Assembly Resolution 181 did and did not do. 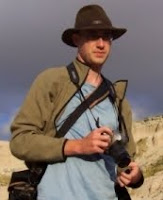