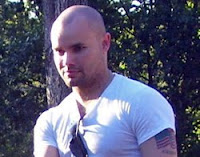 Jeff Hanks is AWOL and the group Iraq Veterans Against the War is supporting him as part of a new campaign called Operation Recovery. IFAW.org is the web site, they are asking the Military and the White House to stop deploying soldiers that have been wounded and pushed beyond the limits of humanity and end Afghan War. A U.S. Army Infantryman who has served in both Iraq and Afghanistan, Jeff Hanks sought medical help at his military base for symptoms of combat stress. He had an appointment at a clinic for mental health services but the Military command wanted to hurry along his redeployment to Afghanistan. We also hear from Sarah Lazare, the reporter who told Jeff Hank’s story on Truthout.org. She is part of a support network for soldiers called: The Civilian Soldier Alliance working in collaboration with IVAW, Iraq Veterans against the War. Courage to Resist is also working to help Jeff Hanks and other soldiers like him.

Produced by Dori Smith in Storrs, CT
TRT: 29:22
Download at Pacifica’s Audioport here or at Archive.org and Radio4all.net

CLIP: On November 6th Admiral Mullen, Chairman of the Joint Chiefs, told NPR’s Scott Simon that the military doesn’t understand the problem of suicide and not much is known about it. Jeff Hanks calls on the President and the Military to visit clinics where soldiers and veterans are being treated, and simply ask them what they need.