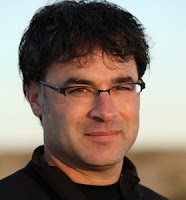 Part one of a series:
Dahr Jamail's Will to Resist War Tour of Connecticut. September 19th, 20th, and 21st, Dahr Jamail will speak to students, veterans, and the general public at six locations in Connecticut. Despite promises of a more peaceful and diplomatic U.S. strategy, President Obama is moving ahead with strategies that will depend on the use of force. Bogged down in Iraq, the Military keeps escalating the war in Afghanistan. That despite an obvious lack of available personnel.

Part two Dahr Jamail, Sept 10, 2009
Dahr Jamail on the Will to Resist within the US Military

Connecticut is Obama country, and support for the President continues, yet, peace activists here hope to also make it Dahr Jamail country.

They are concerned about civilian lives, money for war that could be used for social programs at home, but they are also heavily supported by US veterans groups with similar goals. Right now the US is sending even decorated war heroes to prison, detention at the dreaded Echo Platoon facility and others like it, for refusing to deploy to Iraq or Afghanistan.

Thousands of wounded soldiers are being deployed, and the lives of hundreds of thousands of soldiers are in tatters. Still they are being asked to serve a policy that is running in the background of the Obama White House like the rogue computer in the film War Games.

US and British commanders argue that US security interests are at stake, they point to the presence of Taliban and Al Qaeda militants in Pakistan, Afghanistan, and Iraq, as their argument for continuing the US Military policies enacted by former President George W. Bush and Vice President Dick Cheney. But veteran journalist Dahr Jamail explains that the real reasons for the war continue to be oil pipeline routes and U.S. corporate interests. Meanwhile, the lives of tens of thousands of US soldiers are at stake. As more and more of them refuse to deploy the Bush military policies of using threats and blackmail against them to force them to return to war are also continuing under President Obama.

Dahr Jamail: 'When we hear President Obama standing up there talking about using those superlatives that you just talked about, war on terror, and "the just war, and the preservation of western civilization depends on it, this kind of thing, he is really channeling George Bush. Because he is actually engaged in using the propaganda to conceal the fact that we have the same US agenda now as we did last year and the year before that and the six years before that and the twenty years before that. We are looking at the US empire project, and we are looking at the continuation of the same national security strategy, the same Quadrennial Defense Report, the same secretary of defense, and just all of the same high ranking echelons in the Pentagon that we had under Bush we have the same under Obama, and of course the same corporate interests at work today as we did last year and the year before that and a lot of the decades before that.

'So we look at a situation in Afghanistan where we have four major US Military bases located specifically along a proposed pipeline route, the same proposed pipeline route that brought the Taliban over to this country under the Bush administration for meetings, the same proposed pipeline route that the Clinton administration had engaged in talks with the Taliban about. And those obviously didn't work so we have to use war as politics and that's exactly what it is, so as a last resort of politics the US decides to invade and occupy the country to defend it's so called national security interests which are the shipping lanes, in this case the shipping pipeline lanes, for natural resources and control of those. And that's what this is all about'. 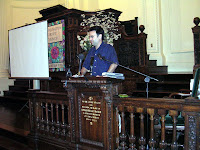 Contact the Center on Conscience and War, and the GI Rights Hotline

“Dahr Jamail’s human portrait of the men and women who turned away from the project of empire should serve as a beacon…The truth they tell demands that we find the courage to make our nation accountable for the crimes committed in our name.”
- From the Foreword by Chris Hedges

Dahr Jamail, author of Beyond the Green Zone, brings us inside the movement of military resistance to the occupations of Iraq and Afghanistan. Since 2006, a majority in the United States have opposed the continued occupation of Iraq, and increasing skepticism surrounds the escalation in Afghanistan. But how do the soldiers who carry out the American occupations see their missions?

“Dahr Jamail’s Beyond the Green Zone is the response to the embedded, propagandistic corporate media empire that played a crucial role in making the invasion and occupation of Iraq possible and helps ensure its continuation. While the powerful media conglomerates embedded on the ground with the invading and occupying forces — and ideologically with the men running the war — Jamail embedded in the blood-soaked streets of Fallujah and Sadr City with the suffering people of Iraq and uncovered the horrors of this war of ‘liberation.’ With trademark bravery and a quiet and humble commitment to telling the stories of those forced to live on the other end of the barrel of the U.S. foreign policy machine gun, Jamail ensured that the history of the Iraq occupation would not be written exclusively by self-proclaimed victors and the powerful. Simply put, Dahr Jamail is the conscience of American war reporting, the quintessential un-embedded reporter.”
—Jeremy Scahill, New York Times best-selling author of Blackwater: The Rise of the World’s Most Powerful Mercenary Army (More about this book including where to purchase it here

Posted by Talk Nation Radio at 8:30 AM