Wall Street, Banks, EU and US Debt, an Interview with Ellen Brown 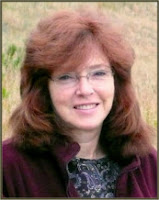 Ellen Brown is author of the book, 'Web of Debt, the Shocking Truth about our Money System and how we can Break Free'. She is chair and president of the educational non profit think tank, the publicbankinginstitute.org. Look for her online at webofdebt.com. We hear about options that states and counties have for starting their own US banks that could change the entire equation, reducing the power and influence of giant banks and helping solve the US debt crisis. We also talk about Occupy Wall Street groups taking on banks with organized efforts toward state and county banks, plus home foreclosure solutions involving use of eminent domain.

Produced by Dori Smith in Storrs, CT
Download at Pacifica here or free at Archive.org (and Radio4all.net when they are back up and running)
TRT: 29:00 Minutes, normalized to 90%, 128 MP3 air quality.

Ellen Brown joins us to talk about the world’s financial markets and the impact of problems with the world’s banks. 2011 has been an astonishing year for monitoring global markets. There have been 500 to 1000 point changes over less than a few weeks time and volatility has been consistent in Asia, North America, and Europe. During September through December we've seen news about the US and Eurozone debt crises push markets to some extremes. We look at the way banks and financial institutions have been the unexpected beneficiaries of the volatility in spite of weakness that prompted ratings agencies to downgrade them. When the Eurozone debt bail out fund was also downgraded, it would have seemed that markets could be expected to fall, however, they rose instead on the "hope" generated on news web sites about markets such as Market Watch, a primarily Murdoch owned, News Corp outlet published in Israel.

Ellen Brown's story, 'Pulling Back the Curtain on the Wall Street Money Machine' was published in Huffington Post on Dec. 7, 2011, where she examines Federal Reserve Chair Ben Bernanke’s response to reports of very low interest loans to banks that were undisclosed. Even as her report was coming out, the European Central Bank and Federal Reserve was allocating dollar loahttp://www.blogger.com/img/blank.gifns to EU countries at extremely low interests of from a quarter of a percent to 1 percent or so. (See the ECB web site on the loans here.)


(Ellen Brown's book is available online here, you can read the intro. and or listen to it in audio.)

Labels: an Interview with Ellen Brown, Banks, EU and US Debt, Wall Street