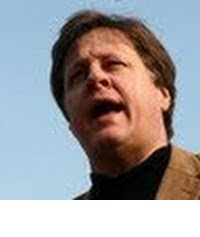 We continue our coverage of the Occupy Wall Street and October2011 movements as the national effort to hold Wall Street, Government, and the Banks, accountable. The group in D.C. is protesting record profits made at the expehttp://www.blogger.com/img/blank.gifnse of human needs. Press spokesperson Kevin Zeese has been on site at Liberty Plaza and Citibank in Washington, D.C. and we reached him as he had just exited the bank to rejoin some 45 protesters outside. This after their action closed the Citibank branch at 14th and G Streets NW, Washington, D.C. Plus portions of a audio from a videotape of Dr. Margeret Flower’s taking on investors who push up health care costs. See this web page for more informatihttp://www.blogger.com/img/blank.gifon: October2011.org (See Physicians for a National Health Program here.

Kevin Zeese, J.D. is a lawyer from Baltimore, MD with more than 30 years experience of writing, speaking and advocacy across a broad range of issues around peace, justice and democracy. His recent organizing efforts include the Sounds of Resistance concert and protest against Bank of America and Stop These Wars/Expose the Lies/Free Bradley Manning last December and March. He is the co-director of ItsOurEconomy.us,the director of ComeHomeAmerica.us, and on the steering committee of the Bhttp://www.blogger.com/img/blank.gifradley Manning Support Network. He also serves on the boards of Velvet Revolution and Common Sense for Drug Policy.

Washington, DC – A group of 40 protesters marched to the Citibank, a subsidiary of Citigroup, at 14th and G Streets NW this morning to protest the announcement of the seventh consecutive quarter of massive profits while the economy continues to collapse. The protesters succeeded in shutting the bank down.

Six protesters, including a video team remained inside the building, protesting the tax avoidance by Citibank through off-shore tax havens, continued foreclosures, choking the economy by not making loans, usury credit card rates, low pay of bank tellers while exorbitant pay for executives. Police have been called to the scene.

Leah Bolger, an October2011.org organizer who is a vice president of Vets for Peace said: “Citibank needs to be held accountable for its role in collapsing the economy and profiting from that collapse. As the largest recipient of bail out dollars, Citibank owes the American people and needs to stop foreclosures now, re-make mortgages so they are consistent with true housing values and stop avoiding taxes.”

Citigroup, one of the nation’s largest banking and investment firms, reported yesterday that their quarterly earnings are up $3.8 billion, 74% higher than a year ago. Citigroup continues to foreclose on mortgages. They hold back loans to small businesses and consumers. They choke the economy while they are profiting massively.

“This is a slap in the face to the average American who earns miniscule interest rates on the money they have in Citigroup banks, are unable to obtain loans and mortgages, and are being forced to pay all sorts of fees and charges just to access their own money,: said Kevin Zeese of October2011.org. “The sweetheart settlement with the SEC announced today is an insult. Citigroup profits $1 billion from selling fraudulent derivatives and gets fined $285 million.”

Citigroup’s profits are typical of the banking industry in general who accepted billions in bailout loans from the American people, yet now seem to think that the money belongs to them personally.

Here is a list of complaints against Citibank:
1. Citigroup has paid ZERO corporate taxes for the last four years.
2. Citigroup has 427 subsidiaries in foreign tax havens to hide their profits.
3. Citigroup was the LARGEST recipient of federal bailout money– $476 billion.
4. CEO John Havens receives $9.5 million annually, while paying their tellers $12.65 an hour.
5. Citigroup just posted a 3rd quarter net profit of $3.8 billion, a 74% increase over last year.