Medea Benjamin, Greece, the U.S., Israel, and the Gaza Flotilla

TRT:29:14
Produced by Dori Smith in Storrs, CT
Download at Pacifica's Audioport here or at Radio4all.net and Archive.org Download here as a free MP3 file in 128K. 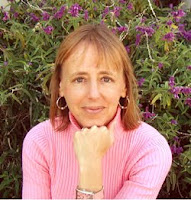 An activist for 30 years, Medea Benjamin is winner of the Martin Luther King, Jr. Peace Prize from the Fellowship of Reconciliation. She is also an author and former economist and nutritionist with the United Nations and World Health Organization. Her articles appear in Alternet, Huffington Post, CommonDreams, and OPED news. Or you can learn more about her work online at Codepink.org and USTOGAZA.org. We reached Medea Benjamin in Athens where the US ship Audacity of Hope is still impounded by Greek Authorities. Author, and long time peace activist, Medea Benjamin is co-founder at Global Exchange and Code pink, and you can learn more about the flotilla mission at twitter at @USBOATTOGAZA Deputy Consul General Kate Brandeis that she agreed that the U.S. Boat “had a right to sail to Gaza.” Still, they were stopped at gun point as they tried to leave the Greek port.

Medea Benjamin discusses the tactics and pressure brought to bear on Greek authorities who arrested the captain of the US Ship to Gaza, the Audacity of Hope, and jailed him for several days in very poor conditions.

Passengers have been making their way home after being stopped in waters off the Greek port of Pireaus. We look at what went wrong, and what organizers plan to do now. In many ways the short journey was a success though. Media coverage was largely positive and many journalists wanted to go on the flotilla to Gaza. Israeli officials appear ham handed and Greek authorities give ridiculous credibility to an organization (Shurat HDin, Israel Law Center) that has in the past been tied to a scheme to force a sale of the Gaza flotilla ships, and "give" the money to a supporter who says they were a victim of some form of violence that is in no way connected to anyone in the flotilla movement.

ALSO, TIAA Creff announced that they were divesting from holdings in companies supporting settlement activity in Israel. (See Haaretz July 2011).

Also available for this week, a related special: here