Mother's Day in Japan, a poem 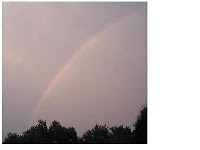 Did you hold her hand when the world was cracking and shifting beneath her feet?
When silence came and you thought it was over, did the scream of a siren make her run to you?

Caught up in the energy and power of a whole people fleeing a giant wave, did you reach down to help another mother and infant climb the mountain of stairs to higher ground and safety?

Later, as you steeled your nerves, and when it seemed as if earth and sea had done all they could to you,
did you hear the explosion, see the smoke, cover your mouth and rush your baby to shelter?

Fukushima Daiichi had turned the air into an enemy too,

So the children at the shelter begin weeping and forming a chorus of questions, "What will we do? How will we live, Who will help us, can we see our grandmother again? Where is Daddy? Have we no more food? Have we no more water? Can we ever go back to school?"

It is a powerful distraction, but you draw strength from it, until suddenly the fire department is sending a rescue crew in to try to cool Fukushima, and your husband tells you that he too, "Must go to the ruptured plant to save both of you and Japan,"

Now you cannot stop the tears,

After a series of sleepless nights you allow your daughter's needs to slowly overpower you, and you give her a weakening smile, as the waiting takes on rhythms, and you become a widening family, all trying to explain the strange news, that, "no, you can never go home because of radiation", and no, you cannot "see it" or "taste it" but it is there and it could hurt you",

On April 7th 2011 as you are standing in line for food a strange feeling comes over you and suddenly you know it is AFTERSHOCK, EARTHQUAKE, ANOTHER TSUNAMI WARNING, another scream, another moment of earth threatening gut wrenching terror,

But you both survive,

Exhausted into silence now you absent-mindedly roll the soft baby hair on your daughter's lovely head between your fingers, You gaze at the evening news, take in the information but do not really hear it,

"There is radiation on the farmland, and poison in the spinach and fish",

May 8, 2011, you are still waiting for news of what will happen, but happiness, a taste of joy, as the government says, "You can bring your daughter to the park again"... And you take her by the hand and run to the door, as she is laughing, and you are ignoring the rest of the news report,

Upon arriving at the beautiful park, your familiar friend, you see the sign, "Radiation level is 3.8 microsieverts per hour, all children are restricted to one hour of exposure per day,"

And you flee with her once again in terror,

Back inside again at the shelter now you shudder with fear as the pain and horror in your mind is finally unleashed, and helplessness catches up to you, and you let out a long fracturing yell,

Now another mother clutches your hand to comfort you, and another one comforts her, and so the chain of exhausted Mother’s join breaths and time hearts, as one.

"Fukushima Prefecture is restricting the use of 5 of its public parks due to high levels of radiation, causing concerns among nearby residents and park visitors. -- The prefecture announced on Monday that it would limit the use of the parks to one hour a day, as radiation readings at the 5 facilities were at or above the safety limit set for outdoor activities in schools.--The safety limit set by the central government last week is 3.8 microsieverts per hour.
In Fukushima city, officials put up notices warning park users about the one-hour restriction at parks subject to the measure. They also covered children's sandboxes with plastic sheeting to prevent the spread of dust.

The prefectural government is urging visitors to prevent their children from putting sand or dirt in their mouths and to wash their hands and gargle after visiting the parks. A mother of a 4-year-old said that since small children love to play outdoors, she's worried about the affects of radiation on her daughter. Monday, April 25, 2011 15:16 +0900 (JST)"

Posted by Talk Nation Radio at 6:01 AM