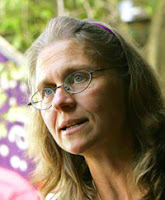 TRT: 29:00
Produced by Dori Smith in Storrs, Connecticut
Download at Pacifica's Audioport here and at Archive.org and Radio4all.net

The Neocons are still angling for war with Iran, according to Gareth Porter, and Israel could be on the verge of making sure they get it. We’ll hear the rest of our conversation with journalist, author, and historian, Gareth Porter. And then former FBI Special Agent, Coleen Rowley of Veteran Intelligence Professionals for Sanity joins us about their warning to President Obama that Israel may bomb Iran.

The last time Coleen Rowley was issuing a warning it came in the form of a memo she wrote while still with the FBI. In 2002 she warned former Director Muller of her concerns about the way intelligence was reviewed prior to 9/11. (See, May 21, 2002, "An edited version of the agent's 13-page letter," --and Coleen Rowley: "I base my concerns on my relatively small, peripheral but unique role in the Moussaoui investigation in the Minneapolis Division prior to, during and after September 11th"), and writes that that Bush's policies in the so-called war on terror in response to 9/11 were unsound.

On August 3, 2010, Consortium News published their open letter to President Obama warning him that Israel may bomb Iran. The group argues that the climate is right for such an attack because Israeli leader Benjamin Netanyahu has garnered support within Congress and sees himself as in the catbird seat with America.

Former FBI special agent Coleen Rowley joins us to talk about the warning to Obama. In it they mentioned that Israeli Prime Minister Benjamin Netanyahu cannot be trusted, that he and other Israeli leaders are after regime change, and are not strictly concerned about a future Iranian nuclear weapon.

They proposed to President Obama that he do what Bush/Cheney did in 2007, send admiral Mullen to Tel Aviv to meet with the Israeli military. He should tell them not to even consider attacking Iran, they said.

As we heard last week journalist, author and historian Gareth Porter is warning of Israeli influence in the U.S. and new threats of an Israeli and US attack on Iran. Gareth Porter is author of several books including Perils of Dominance: Imbalance of Power and the Road to War in Vietnam”.

Did the Israeli Mossad, their intelligence agency, forge documents pertaining to an Iranian nuclear weapons program? See Gareth Porter on the documents here and listen to our broadcast to hear more.

WASHINGTON, Sep 14, 2009 (IPS) - The International Atomic Energy Agency says its present objective regarding Iran is to try to determine whether the intelligence documents purportedly showing a covert Iranian nuclear weapons programme from 2001 to 2003 are authentic or not. The problem, according to its reports, is that Iran refuses to help clarify the issue.

According to Porter, Heinonen has been the driving force in turning the IAEA into a mechanism to support U.N. Security Council sanctions against Iran.

An investigative journalist and historian Gareth Porter worked in Saigon during the early 1970s. He writes for Inter Press Service News and other outlets. Recent stories about Iran here, here and here.

Please visit this site to comment on a recent opportunity we had to chat with Rob Simmons who is back in the race for U.S. Senate. Click here or here to go to the NPR page for Where We Vote..

Here are some regional headlines:
An explosion went off near the entourage of Iranian President Mahmoud Ahmadinejad. No one was harmed. A conservative Iranian group told media it was a grenade, the Iranian government said it was more like a firecracker. Guardian version and the Daily Mail version.

Ahmandinejad has claimed that Zionists were threatening to kill him according to the Guardian, which also reports that the Iranian intelligence minister was quoted as saying there were Israeli backed conspiracy plots in the region. The quote originated with the Iranian Students News Agency.

Less than a week after an historic visit to Lebanon by the leaders of Saudi Arabia and Syria, there has been violence at Lebanon’s border with Israel. There were attempts by Israel to cut down a tree, which appear to have provoked a firefight. One Israeli soldier and two Lebanese soldiers as well as a Lebanese journalist were killed.
Finally, Israeli air force jets bombed northern Gaza hitting tunnels near the border with Egypt. 22 people have been injured, two seriously. The attacks come a day after militants in Gaza fired mortars into Israel with no reported casualties.We also discuss the media in this week's show, this blog has interesting information about this topic: Here, here and here.


A blast in the Peshawar area of Sadder Pakistan has killed a high profile member of Pakistan’s military. Sifwat Ghayur of the FC, the Frontier Constabulary and four guards traveling in his vehicle were killed. 15 others were wounded in the suicide blast targeting the busy commercial area of Deens Chowk. Geo video ABC News here.

Finally, the U.N. is struggling to aid more than 3.2 million Pakistanis as flood waters threaten the southern part of the country. 1,500 people were killed as hundreds of villages in Pakistan's main province of Punjab were underwater.
Al Jazeera reporting 4 million affected by floods here. 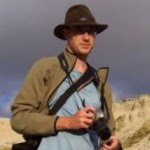 Underwriting for this program was brought to you by JeremyRHammond.com, political analysis from outside the standard framework. Jeremy R. Hammond is founder and editor of ForeignPolicyJournal.com and a recipient of the Project Censored 2010 Award for Outstanding Investigative Journalism for his work covering Israel's assault on Gaza and the U.S. role. He has been a guest on Talk Nation Radio to discuss the 2009 presidential election in Iran and its aftermath. (More from Hammond on Iran here.) RECENT stories at JeremyRHammond.com, include an analysis of the legality of Israel's naval blockade of Gaza and the attack on the Gaza Freedom Flotilla that left 9 Turkish peace activists dead.