This week on Sprouts: Easter in Israeli-Occupied Jerusalem

For years Palestinian Muslims have been locked out of Jerusalem's holy
Al Aqsa Mosque, unable to freely practice religion in a city that was
supposed to be shared freely, under the General Assembly vote that
partitioned Jerusalem into an Arab and Jewish section, East and West.
After years of claiming that their settlement construction advanced
security needs, Israelis have entered into a bolder discussion about
land rights to Jerusalem -- asserting that they can build wherever
they want, and expel Palestinians in the process. We hear about the
international legal questions, and the ongoing peaceful resistance in
Palestine where protests are held against the separation wall every
week.

We also hear from Christian Palestinians unable to travel between
Bethlehem and Jerusalem, as they join in peaceful protests. The
resistance effort against the separation wall goes on weekly, as
Christian, Muslim, and other Palestinians, join Jewish peace activists
from Israel and internationals.

Also in this episode of Sprouts: 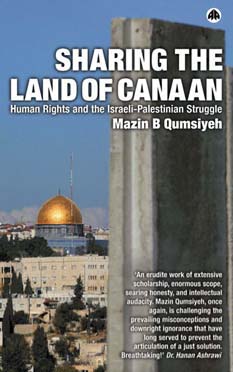 Professor Mazin B. Qumsiyeh, formerly of the University of Tennessee, Yale, and Duke, he now does research at Bethlehem and
Birzeit Universities. Professor Qumsiyeh is a well known expert on
Middle East genetics and author of "Sharing the Land of Canaan, Human
Rights and the Israeli-Palestinian Struggle." (Sharing)

Frank Barat, coordinator of the Russell Tribunal on Palestine held
in early March. The tribunal found EU states in breach of
international and internal European Law with respect to protection of
Palestinian human rights. At issue too is the matter of who provided
the weapons to Israel that were used during attacks on Gaza in 2006.
British Lawmakers have called for a reevaluation of weapons deals with
Israel.

Sprouts is a weekly program that features local radio production and
stories from many radio stations and local media groups around the
world. It is produced in collaboration with community radio stations
and independent producers across the country. The program is
coordinated and distributed by Pacifica Radio and offered free of
charge to all radio stations. For information, or if you would like to
feature your work on Sprouts, contact Ursula Ruedenberg at
ursula@pacifica.org.

Posted by Talk Nation Radio at 5:06 AM