Bank corruption seems impossible to pin down on both sides of the pond, and there appears to be no improvements in sight as to any regulatory crack downs.

TRT: 29.00
Produced by Dori Smith in Storrs, Connecticut, USA
Download at Pacifica’s Audioport here or at Archive.org
and Radio4all.net. 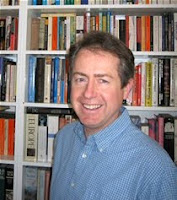 Our guest is Ian Fraser, a UK based independent journalist who focuses on banks and the failure of the bank regulatory agency in the UK to tackle white-collar crime. The Financial Services Authority, or FSA, has not been rooting out crime, he writes, but deals with corrupt bankers by banishing them from working in their chosen field. The punishment is often handed down in exchange for the FSA stopping their investigations.

In both the US and EU countries, there are discussions about austerity measures that will impact the 99% but neither Congress or EU leaders and bank regulators seem willing to take measures to stop corruption or put any of the burden for problems in markets on the world’s richest 1% who are constantly speculating in the markets as they rely more on money to make money, than industry. At the end of today's interview we hear clips from NPR and CNBC as the top tier of 1 Percenters defend themselves against an onslaught of support for The Protester, Time Magazine's Person of the Year for 2011. (length 1.5946 sec.)

We discuss the failure of the FSA to address criminal activity at banks like the Royal Bank of Scotland and others. In both the US and UK there is continuing confusion as Congress and Parliament tries to absorb the details of what happened to the missing $1.2 billion dollars that took flight from the MF Global fund. Independent investors are sustaining serious losses as no one at these companies seems willing to cooperate in saying where the money went.

This week's Special Insight: The Contrary View: A Talk Nation Montage of sounds of the 1% trying to Defend Themselves as the defenders of the 99% -- "The Protester" -- becomes the "Person of the Year" athttp://www.blogger.com/img/blank.gif Time Magazine. (see file 2 at Pacifica's audioport for a 1:5946 min clip that may be used in your programming for a timely update on the global impacts of Occupy Wall Street et al. NPR,

Postscript: Will Royal Bank of Scotland's Fred Goodwin face charges after all. More here by Ian Fraser.
Relevant Link RBS: Inside the Bank that Ran out of Money, November 21st, 2011, A documentary Ian Fraser worked as senior researcher and lead consultant. Air Date for BBC2 nationally, December 5th. One-hour BBC film charting the rise and fall of the Royal Bank of Scotland, starting with its £21bn acquisition of NatWest in February 2000 and ending soon after its ignominious near-collapse and bailout by the British taxpayer in October 2008.