Professor Ernest Drucker on his new book, A Plague of Prisons

Talk Nation Radio for September 29, 2011
Professor Ernest Drucker, A Plague of Prisons
The Epidemic of Mass Incarcerations in America 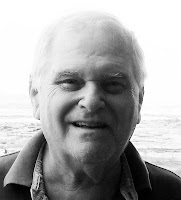 Prof Ernest Drucker's new book, A Plague of Prisons offers a shocking overview of what has gone terribly wrong within America's prison system. He writes that there has been a 1733% increase in the number of Americans incarcerated over drug charges since 1973. As the inmate population soars, clinical psychologist Ernest Drucker documents the damage to inmates and their families as well as society as a whole.

TRT: 29:07
Produced by Dori Smith
Download at Pacifica's Audioport here or at Radio4all.net and Archive.org 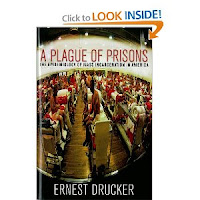 We learn that despite economic stagnation in America, mass incarceration has become an irrational and self-defeating system of revolving doors. Many judges are essentially robo-signing as they sentence inmates to jail over and over again. They may not have any discretion as to the sentencing in many drug cases as the law provides for strict punishments even for addicts. Ernest Drucker is a clinical psychologist who flips the nature of current debate around, arguing for example that it is not marijuana use which leads to more serious crime and further incarceration. Rather, it is incarceration for marijuana use which causes the behaviors leading to perpetual incarceration.

Ernest Drucker also talks about the lack of political will in America, where mass incarceration is a "third rail" of politics. Touch it and you perish. Professor Ernest Drucker also comments on the high profile death penalty case of Troy Anthony Davis, and we discuss some of the reasons for the epidemic of mass arrests in the USA.

Labels: A Plague of Prisons, Professor Ernest Drucker on his new book